First in the world with unique immunotherapy 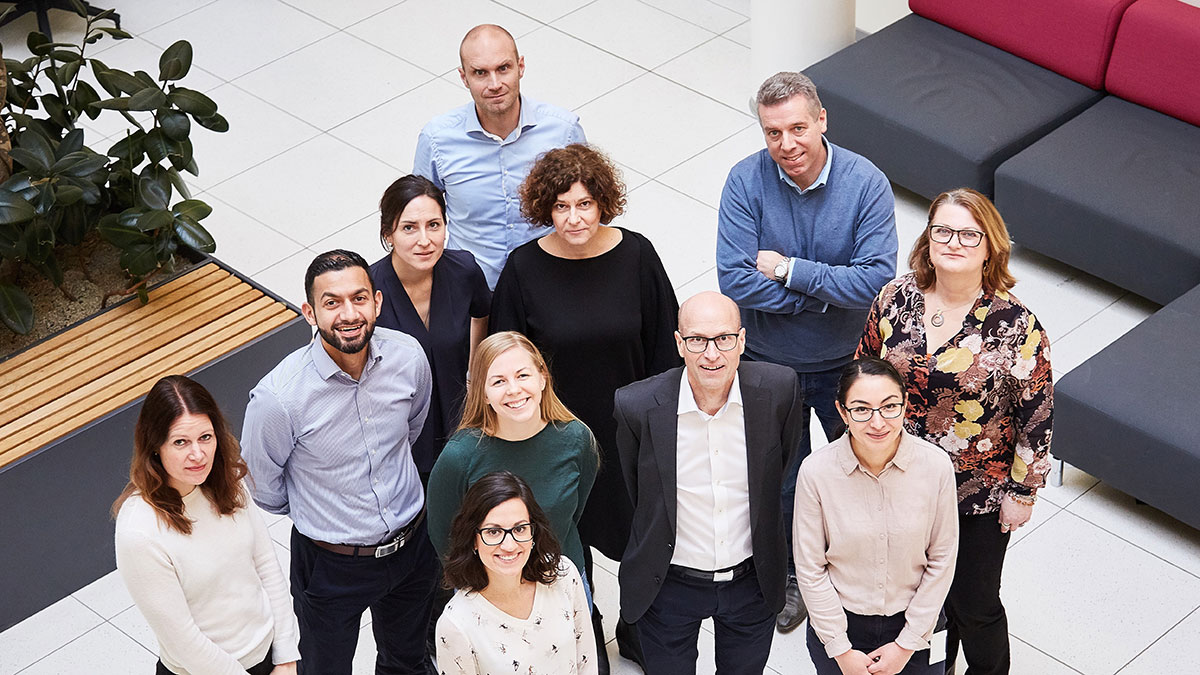 Zelluna Immunotherapy receives NOK 83 million from investors and the Research Council of Norway to continue its work on a new form of cancer immunotherapy. Based on a licence from Else Marit Inderberg and Sebastien Wälchli’s group at Oslo University Hospital, the company is developing natural killer cells that are steered by T cell receptors. The aim is to offer different forms of targeted immunotherapy treatments that do not have to be individually tailored for each patient.

Using the body’s own immune system to combat cancer is one of the research and development areas that the pharmaceutical industry and biotechnology companies the world over are devoting a huge amount of time, resources and money to.

This does not come as a surprise, given that the market value of cancer immunotherapy is estimated to reach a staggering 100 billion dollars in 2022 and is expected to continue increasing in future.

Cancer immunotherapy covers a range of different medical mechanisms: Checkpoint inhibitors, which were awarded the Nobel Prize for Medicine in 2018, both universal and individually-adapted cancer vaccines, CAR-T treatments, oncolytic viruses and TCRs, i.e. T cell receptors that recognise antigens in the cancer cells and then warn the immune system that cancer has been detected – remove these cells.

Norwegian biotechnology companies that develop cancer treatments based on immunotherapy use most of the technologies listed above, and they are at the forefront of the global effort in many of these areas. Much of this is due to ground-breaking research carried out by the Norwegian Radium Hospital during the past 40 years. Read more about this in the article «Utvikler banebrytende celleterapi på skuldrene av giganter» (In Norwegian only).

Zelluna Immunotherapy is one of the newest additions to the field. The company is planning to start clinical trials, i.e. test the treatment on people for the first time, at the turn of the year 2022/2023. In such case the company will probably be the first in the world to provide a cancer patient with a cell therapy consisting of a TCR-NK cell; that is how unique their approach is.

Are you wondering about what TCR-NK cells are? The answer will be revealed shortly.

Inven2 conferred an award on the idea in 2014

Zelluna Immunotherapy is based on research licensed from the researchers Else Marit Inderberg, Sébastien Wälchli, Gunnar Kvalheim and Gustav Gaudernack.

‘We submitted a patent application for our work on combining natural killer cells, NK cells, with T cell receptors, TCRs, in 2015, and we were also awarded Inven2’s Ideas Prize in 2014 for the work,’ says senior researcher Else Marit Inderberg.

Clinical trials on humans can give us these answers. 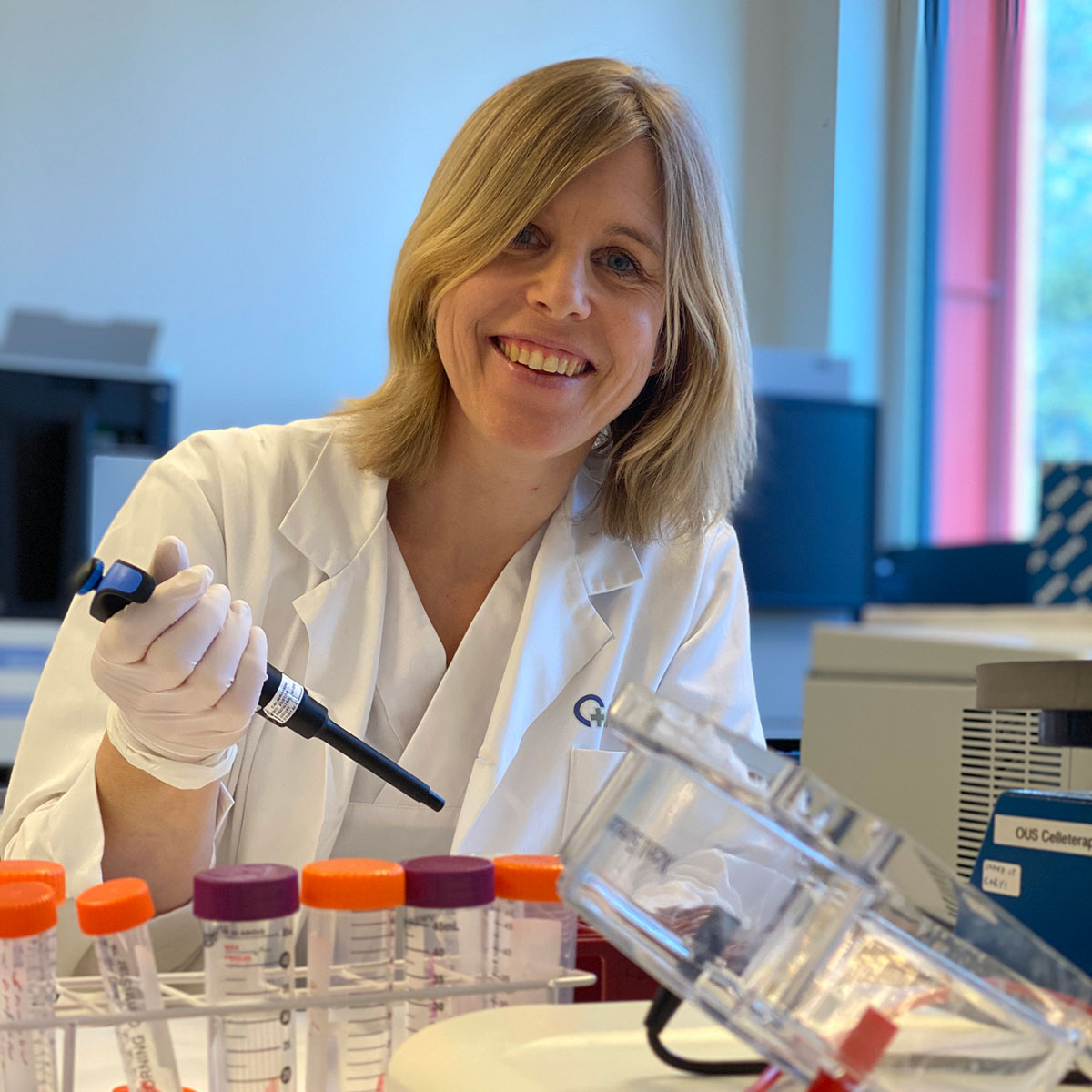 Else Marit Inderberg at the lab. Photo: Elisabeth Kirkeng Andersen.

The Norwegian newspaper VG wrote an article about the research and the prize in 2014, which you can read here: «Norske forskere får pris for ny type kreftbehandling» (Norwegian researchers awarded prize for new form of cancer treatment) Available in Norwegian only.

Together with senior researcher Sébastien Wälchli, Inderberg heads up the research group ‘Translational Research Unit’ at the Department of Cell Therapy at Oslo University Hospital. The group is very productive and is at the forefront of the research on cell therapy that forms the basis for different ground-breaking cancer immunotherapies.

Zelluna is currently working on commercialising the concept by building on the preliminary academic data produced by Oslo University Hospital, demonstrating the technology’s potential through preclinical trials and establishing a process for the production of cells that can be used to treat patients. Zelluna plans to test its first treatment candidates on patients in a few years.

But what is so special about combining an NK cell with a TCR receptor? In order to understand this, we have to explore the human body’s complex and efficient immune system.

A very short introduction to the immune system

The immune system is made up of many different cells that have unique properties and tasks when it comes to defending our bodies against intruders that might hurt it. Such intruders can be bacteria, viruses or cancer cells:

Cancer arises in our body all the time and it is due to errors in cell division. Such errors result in the uncontrolled division of cells, which join together to form a tumour. However, the body is aware of the risk of this happening and is constantly on guard and ready to repair the error as soon as it arises, or it tries to discover the error through the immune system. The problem is that cancer cells have developed a whole range of strategies for avoiding detection by the immune system’s cells.

Immunotherapy makes use of different strategies to wake up the body’s immune system, so that it discovers the cancer despite the camouflaging strategies it has initiated.

The crux in the area of immunotherapy called cell therapy has so far been to eliminate the solid tumours. These are the tumours of cancer cells whose formation the immune system has not managed to detect. How do we get the immune system to attack them?

Well, perhaps by combining the NK cells’ properties with the TCR’s properties.

The combination of TCR-NK is a targeted and a universal treatment at one and the same time: A universal cell for use on all patients, as opposed to an individually tailored treatment where the patients’ own cells must be used. By replacing the TCRs on the NK cell, the universal cell can recognise many different forms of cancer and be adapted to the type of cancer the individual patient has. It is TCR that decides which. It is TCR that decides which.

‘Our platform technology, which has been licensed to Zelluna to further develop cancer treatments, consists of creating ready-to-use TCR-NK cells that can be used to combat different forms of cancer, and freezing them. The patient can be given the right cell after taking a sample from the patient and mapping which cancer-specific antigens/proteins the cancer expresses,’ says Inderberg.

If you are curious about the research behind the principle, you can read this article that Inderberg and Wälchli’s research group published in 2019: ‘NK cells Specifically TCR-dressed to kill cancer Cells’ in the journal EBioMedicine.

The cancer treatment is thereby much simpler than the tailored approach required for cell therapy based on CAR-T cells. TCR-NK cell treatment therefore has the potential to be cheaper, quicker and simpler.

In the spring of 2020, the world was hit by the Coronavirus pandemic, and the financial markets have been very turbulent as a result of the situation. Nevertheless, Zelluna Immunotherapy, with its staff of 12 and head office in Oslo Cancer Cluster at Montebello, has raised more than NOK 80 million during this period.

Namir Hassan, Zelluna’s CEO, says that both the Norwegian and international investors have been very positive to TCR-NK as a concept.

‘Zelluna has a clear strategy for the coming years, and we stand out from the other companies that are developing immunotherapy. This has been important to the investors,’ says Hassan.

There are three milestones the company should now reach as a result of this new funding.

‘Firstly, we’re going to continue work based on the preliminary data to understand more about the potential of the TCR-NK platform. Secondly, we will choose which T cell receptor to continue with as a candidate and generate pre-clinical data relating to it. This will define which indication we will go for, i.e. the form of cancer for which we will develop the first treatment. Thirdly, we will establish a production process for our first product, so that we can start the clinical trial stage and test the treatment on the first human being ever at the turn of the year 2022/2023,’ says Hassan.

He is clear that there are both benefits and drawbacks of pioneering the development of a new medical treatment.

He points out that the potential for this technology is huge. The coming years will provide answers to the many unanswered questions about whether TCR-NK cells can prove successful in treating cancer, and about what combinations and side-effects are common. Only more research and data from clinical trials on human beings can provide those answers. 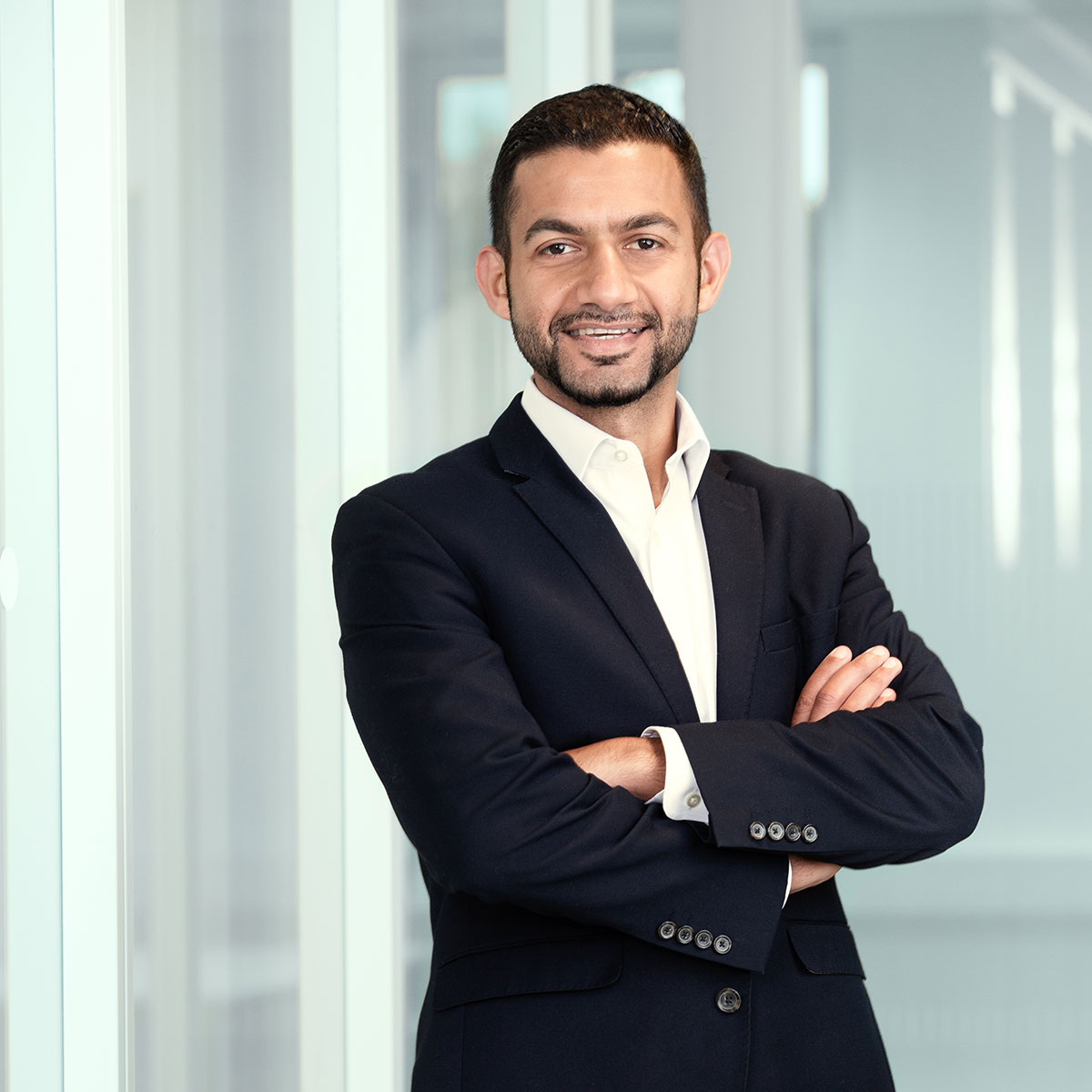 At the end of June 2020, Zelluna announced that, together with the company Lion TCRfrom Singapore, the company plans to develop a TCR-NK treatment for liver cancer caused by the hepatitis B virus. Read more in the press release here.

‘It is possible that this will be the indication we first conduct clinical trials on, but this is not certain yet. We will evaluate our TCR portfolio before we decide, and we plan to be ready to start product development early in 2021,’ says Hassan.

The cooperation between Lion TCR is not the only international collaboration the company is currently engaged in. In March 2020, we learned that Zelluna will become an important part ofthe new competence centre for NK cells, which the renowned Karolinska Institute in Sweden is currently developing: ‘Competence Center for Next-Generation NK Cell-based Cancer Immunotherapy (‘NextGenNK’)’.

‘Cooperation with others, both academic groups and companies, is important to us. As a company, we want to attract the best researchers from around the world, and we base our commercial development on cooperation with the best researchers, irrespective of where they are. This is an important part of our company culture and it defines us to a large extent,’ says Hassan.

The company has also established cooperation on contract research with Inderberg and Wälchli’s group, which will continue.

‘I’m very pleased that the platform technology has been licensed in its entirety to Zelluna. The next years will be very exciting,’ says Inderberg.

Inven2 has helped with the licensing

Magdalena Gjefle is a business developer at Inven2 and she has helped Inderberg and Wälchli with the process of the licensing the technology to Zelluna Immunotherapy.

The licence agreement, which was signed just before Christmas 2019, grants Zelluna exclusive global rights to the entire platform technology within TCR-NK, which the researchers have developed and patented.

Gjefle is also very excited about Zelluna’s further development, and agrees with Hassan that the potential is huge.

‘If the TCR-NK treatment yields the desired clinical data when they progress from pre-clinical research to testing the treatment on people, this could be really big. The global race in the development of immunotherapy is now changing from developing fully tailored treatments for each individual patient, which is a demanding and expensive production process, to doing something similar to what Zelluna is doing now: developing a treatment that is universal, but at the same time targeted, and that can eliminate solid tumours, not just leukaemias, i.e. blood cancer,’ says Gjefle.