Monoclonal antibodies have revolutionized treatment, especially for cancer and autoimmune diseases. However, a full cure of disease is often not achieved. Most approved antibodies are of the IgG1 subclass, which has a long plasma half-life and potent effector functions through activation of complement and cytotoxic immune cells expressing Fcϒ receptors. In contrast, monomeric IgA antibodies can activate the Fcα receptor on immune cells of myeloid origin, such as neutrophils. This may result in induction of potent killing of antibody bound target, such as a cancer cell.

Scientists at the University of Oslo and Oslo University Hospital have developed a novel antibody format where IgA is fused in tandem with the IgG Fc region (TANDEMAb). This format has unique capacity to mediate target killing, which should be attractive when robust multiple effector functions are desired for hard-to-treat diseases. In addition to engagement of both the Fcγ receptors and Fcα receptor, the TANDEMAb concept harbors the capacity to induce potent activation of the complement system in an on-target manner.

We are looking for co-development partners with either collaborations on specific targets or broad interest in the technology, and interest in a license to the IP.

The TANDEMAb technology (Fig A) is built on a genetic fusion of full-length IgA (orange) and the IgG Fc (blue). which can engage both Fcγ and Fcα receptors. (B) Importantly, the format binds the half-life regulator FcRn favorably, which secures cellular rescue from degradation, and a long plasma half-life. (C) When TANDEMAb is bound to a target, the Fcα and Fcϒ receptors expressed by specific immune cells can be engaged, as well as the complement system. Providing tailored induction of effector functions, such as antibody-dependent cellular cytotoxicity (ADCC) and complement-dependent cytotoxicity (CDC), which can eradicate the target. 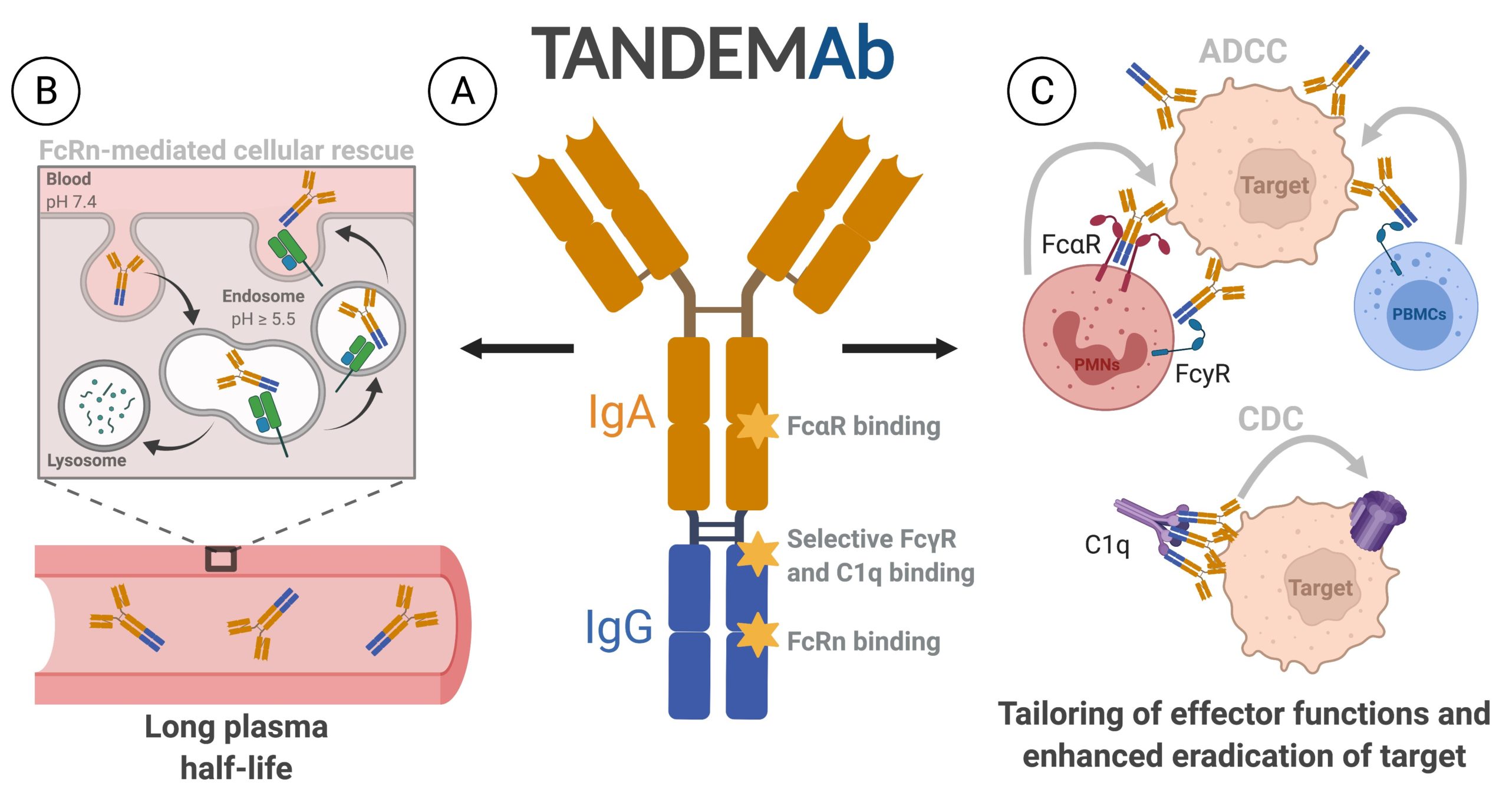 TANDEMAb technology combines the complementary strengths of IgA and IgG:

A patent application has been filed. 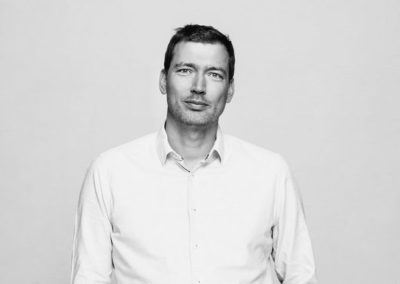